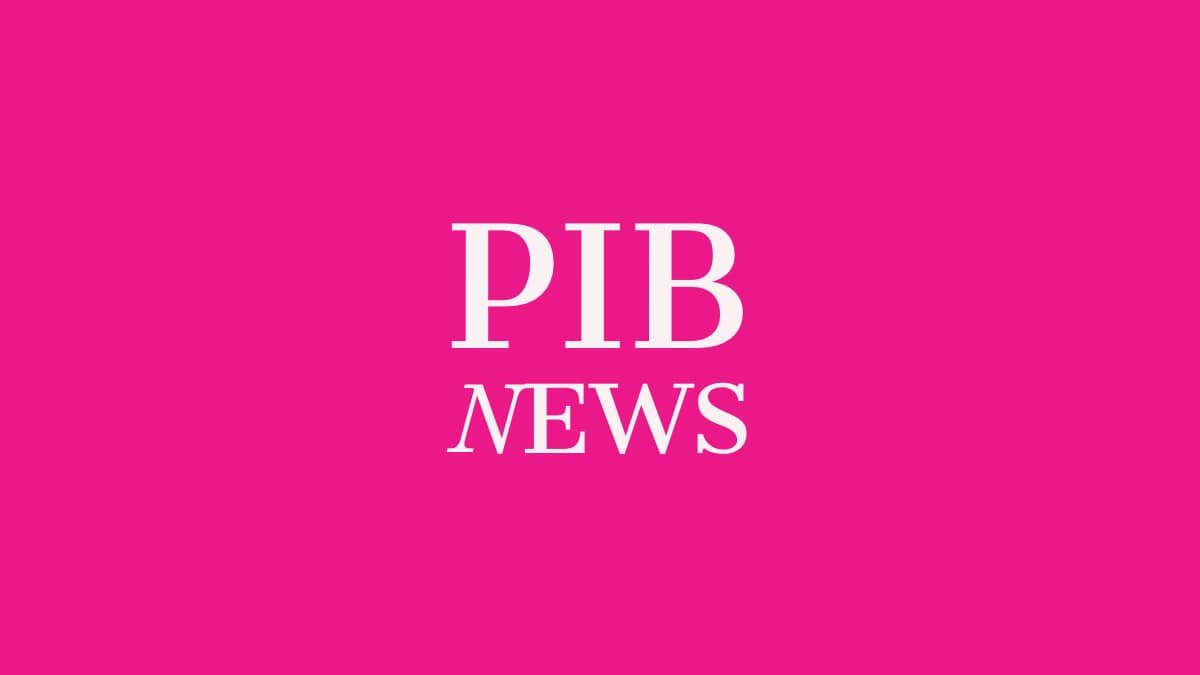 The MoS (PP) Dr Jitendra Singh launched the ‘Good Governance Index’ at an event organized by the Ministry of Personnel, Public Grievances & Pensions, on the occasion of Good Governance Day, here today. The Good Governance Day is observed on the birth anniversary of former Prime Minister Shri Atal Bihari Vajpayee. On the occasion, the Minister also launched the 15th edition of Central Secretariat Manual of Office Procedure (CSMOP). He released the Handbook for the Retiring Central Government Employees and the Smart Card facility for Department Canteen of DoPT. The MoS (PP) also released a booklet on major initiatives/achievements of DoPT and Strategic Initiatives of Department of Pensions and Pensioners Welfare (DoPPW).

Speaking on the occasion, Dr Jitendra Singh said that Good Governance Index has been scientifically designed on various parameters of governance. He said that it has been designed keeping in mind the citizen-centricity, which is the prime mantra of Government led by PM Shri Narendra Modi. He added that GGI would also seek to determine the status of governance as it exists today and it will provide reference threshold for future also. Dr Jitendra Singh said that documentation of good governance index is our effort in the direction to carry forward Prime Minister Shri Narendra Modi’s vision for good governance.

The Minister said that good governance initiatives by the Government draw inspiration from former PM Shri Atal Bihari Vajpayeeji. He added that good governance initiatives are being replicated not only by the states in India, but also by the other countries. He added that many regional conferences have been organized by the DARPG in different parts across India to replicate good governance practices. The Minister said that Smart Card launched for DoPT canteen today is also a step towards cashless transactions and digitisation.

Addressing on the occasion, Secretary, DoPT & DARPG, Dr. C. Chandramouli said that these measures reflect that the Ministry is equipping the employees to understand how to use digital platforms in functioning. He added that Government is also committed to the welfare of its ex-employees and it is taken care by the Department of Pension and Pensioners Welfare.

The Additional Secretary, DARPG, Shri V. Srinivas said that the GGI has been developed for the first time by the Government. He said that CSMOP launched today reflects the Ministry’s commitment towards digitization and to shift towards Digital Secretariat. He also mentioned about good governance initiatives for replication such as Shillong Declaration, Jammu Ghoshna, Sahyog Sankalp and Nagpur Resolution, among others.

The Good Governance Index is a uniform tool across States to assess the Status of Governance and impact of various interventions taken up by the State Government and UTs. The objectives of GGI are to provide quantifiable data to compare the state of governance in all states and UTs, enable states and UTs to formulate and implement suitable strategies for improving governance and shift to result oriented approaches and administration. Various principles have been kept in mind while selecting the indicators, i.e. it should be easy to understand & calculate, citizen-centric & result driven, leading to improved results and applicable to all states and UTs, among others. Various consultation meetings were held with the stakeholders, including consultations with sector experts, ministries, states & UTs.

The GGI takes into consideration ten sectors: 1). Agriculture and Allied Sectors, 2). Commerce & Industries, 3). Human Resource Development, 4). Public Health, 5). Public Infrastructure & Utilities, 6). Economic Governance, 7). Social Welfare & Development, 8). Judicial & Public Security, 9). Environment and 10). Citizen-Centric Governance. These ten Governance Sectors are measured on total 50 indicators. Difference indicators are given different weightage under one Governance Sector to calculate the value. E.g. Under Agriculture & Allied Sector, there are 6 indicators with different weightage, namely: Growth rate of agriculture and allied sector (0.4), growth rate of food grains production (0.1), growth rate of horticulture produce (0.1), growth rate of milk production (0.1), growth rate of meat production (0.1) and crop insurance (0.2). The states and UTs are divided into three groups: a). Big States, b). North-East & Hill States and c). UTs. The states and UTs are ranked on all indicators separately, at the same time composite ranking is also calculated for these states and UTs under their respective groups based upon these indicators.

Central Secretariat Manual of Office Procedure (CSMOP): The 1st CSMOP was published in 1955 and has been updated from time to time. The last edition (14th edition) was published in 2015. To meet the requirements of digital environment, DARPG has brought out 15th edition of CSMOP which integrates conventional office practices with e-office. Presently, more than 90% ministries have adopted e-office and 14,56,739 files are running in about 84 Ministries/Departments through e-office. In total. 57 ministries/departments have achieved desired target of 80% and above in e-office. The draft CSMOP was circulated to all ministries/departments and their views were incorporated in it. The main features of the CSMOP, which enables the march towards the digital Secretariat, are as follows: A new chapter on e-Office digitization framework that provides guidelines for scanning, entry and storage of data, provision of Virtual Private Network for officers of the rank of DS and above following scrutiny safeguards, provision for DSC to dealing officers and above rank officers, knowledge management provides the details regarding maintenance of Standing Guard Files, Standing Note, Induction Material etc, which helps in smooth disposal of work and decision making chapter provides list of various website and their links. The definitions have been categorised as Glossary and given at the end of CSMOP and the paragraphs are numbered chapter wise.

The Department of Pension & Pensioners’ Welfare has brought out a Handbook for Retiring Central Government Employee, including All India Service Officers, to make them, as well as their families, aware of their entitlements and various procedural formalities with respect to their retirement benefits. The Department has brought out a compendium on pension related orders issued during 2018-19 which contains important orders which inter-alia include:- Amendment of Rule 38 of CCS (Pension) Rule to grant Invalid Pension to even those Government Employees who retire on medical ground with a qualifying service of less than 10 years, Revision of pension of pre-2006 pensioners who retired in 5th CPC scale of Rs.6500-10500, w.r.t. higher grade pay of Rs.4600/- (instead of Rs.4200/-) as applicable to serving employees, Grant of two family pensions to reemployed pensioners for two different spells of service – one under CCS (Pension) Rules and the other under EOP Rules.

Based on the Root Cause Analysis of grievances and as a step towards Good Governance, DoP&PW has planned certain initiatives to be acted upon during 2019-24. These initiatives include Review & Rationalization of Pension Rules, 1972, promotion of Digital Life Certificate, e-PPO and its integration with Digi Locker, Real-Time Monitoring of Family Pension of CAPF Martyrs. The Department has accordingly also brought out a brief booklet on these initiatives.