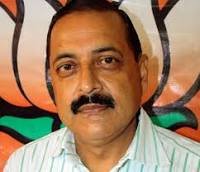 Union Minister of State (Independent Charge) for Development of North Eastern Region (DoNER), MoS PMO, Personnel, Public Grievances, Pensions, Atomic Energy and Space, Dr Jitendra Singh has said that the Union Government is in favour of doing away with the practice of holding interviews for appointment to junior level posts. Presiding over a meeting of Principal Secretaries of General Administration Department (GAD)/Personnel from different States and Union Territories here today, Dr Jitendra Singh said that the Department of Personnel & Training (DoPT) has initiated a serious exercise for identifying the posts for which interview for selection can be discontinued and a communique in this regard has been sent to various State Governments, State Public Service Commissions and Staff Selection Commission. He said that this follows the suggestion put forward by the Prime Minister Shri Narendra Modi during his Independence Day address to the nation from the ramparts of the Red Fort.

Dr Jitendra Singh said that the government will soon identify all those posts, particularly at junior level like Group III & IV, where an interview is avoidable and will stop this practice. He said, for a post for which an interview is not necessary to determine the capability of a candidate, the provision of interview sometimes leads to scope for manipulation, manoeuvrability and corruption. Therefore, barring such posts where an interview would help in testing special capabilities for a particular assignment, abolition of the provision of interview will not only be in larger public interest but would also offer a level playing field for even those of the candidates who lack resources and come from lower socio-economic strata, he added.

Referring to some of the revolutionary decisions taken by the DoPT during the last 15 months of the present government, Dr Jitendra Singh made a special mention of the introduction of self-attestation of certificates. This, he said, not only eliminated inconvenience caused to the youth for going around to seek attestation of certificates from gazetted officers, etc., but also sent out a reassuring message that the present government has the capacity to trust the youth of this country. Similarly, he also referred to the Pension Department’s plans to finalise Pension Portal which would help in ending the practice of producing life certificates by a pensioner.

Dr Jitendra Singh also informed that a pilot exercise undertaken for three States of Jammu & Kashmir, Maharashtra and Tamil Nadu had proved successful wherein, for the first time, an Induction training programme was introduced for the newly inducted State-level functionaries and the same practice is now being extended to other States as well. He also referred to a landmark decision by the DoPT to revise and revisit the pattern and syllabus of IAS and other Civil Services Exam to offer a level playing opportunity for aspirants from different streams.