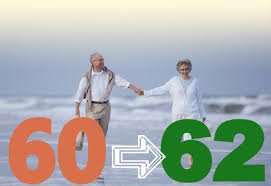 The retirement age of scientists may be raised from 60 to 62 years to help put their acumen to an extended use.

Indications in this regard were given by minister of state for science and technology Jitendra Singh here.

“The government is seriously thinking of enhancing the retirement age of the scientists to 62. The kind of acumen they achieve by the time they reach the age of 60 should be put to use for another two years. We would seriously work on the feasibility of this proposal,” he said.

He, however, clarified that the proposal to increase the age of scientists was limited to his ministries.

Besides science and technology, Singh is in-charge of Earth sciences, departments of atomic energy and space and personnel, public grievances & pensions. He is also MoS PMO.

Singh added that the proposal of increasing the age of scientists is being deliberated as it requires approvals from different ministries to take the “positive steps”.

Currently, the age of Central government employees is 60. Many scientists serve in different ministries other than core sciences.

Also, there are several scientists heading different ministries and departments have well crossed their retirement age, but have been retained by the government owing to their experience and expertise.Read more-http://Timesofindia.indiatimes.com/