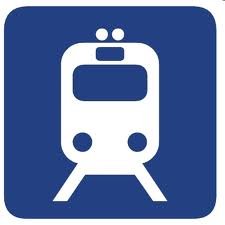 Revision of Passenger Fare & Freight Rate will Come into Effect from 25.6.2014

Revision of Passenger Fare & Freight Rate will Come into Effect from 25.6.2014

The Railway passenger fare and freight rate revision was done as part of interim budget presented by the previous government. But the implementation of revised rates was withdrawn by previous regime because of the elections. Meeting the annual expenditure would not be possible unless the revised rates as finalized by previous government is implemented, hence order of withdrawing implementation of revised fare and freight has been withdrawn. Accordingly, the revised passenger fare and freight rates & freight structure rationalization will come into effect from 25th June 2014 (i.e. w.e.f. 0000 hours of 25th June 2014).

· Withdrawal of short lead concession in charging of freight for all traffic booked upto 100 kms. Minimum distance for charge has been increased from existing 100 kms to 125 kms.

· The number of Low Rated Classes have been reduced from 4 to 3. Certain concessions in case of some of these commodities has also been withdrawn.

· A flat 10% increase in all classes. There will be no increase upto minimum distance for charge. In addition there will be an increase of 4.2% in fares on account of FAC which is due from April 2014.

Other Charges:
· There shall be no change in charges for reservation fee, superfast surcharge etc. Such charges, wherever applicable, shall continue to be levied additionally as per existing instructions.
· Service tax will continue to be levied as applicable as per instructions issued in this regard.
· The revised fares will also apply to tickets issued in advance for journeys to commence on or after 25.06.2014.
· In the case of tickets already issued at pre-revised rates, the difference in fares and other charges on or after 25.06.2014 will be recovered either by TTEs on the trains or by the Booking/Reservation Offices before the commencement of journey by passengers.