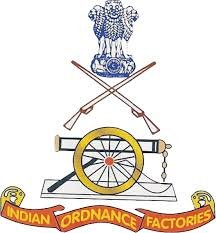 Subject: Restructuring of Cadre of artisan staff in Defence Establishments in modification of ecommendations of 6th CPC – Clarification regarding.

Reference Ministry of Defence ID note of even number dated the 23.07.2012 on the above mentioned subject. The entire matter has been reconsidered in consultation with the DOP & T and Department of Expenditure. Their advice in the matter is as under:

ii)MCM being the feeder post to Charge man and since both these posts have identical pay band and Grade pay, financial upgradation under MACPS cannot be to a Grade Pay which is more than what is admissible in regular promotion.

iii) Financial up gragdations earned to non functional post of MCM is to be taken into account as 2nd financial upgradation in so far as MACPS is concerned.

iv) on ground (ii) above i.e whether MCM is the feeder post to Charge man is , prima facie a question of fact to be established by the administrative Ministry i,e Ministry Of Defence. The contention of the staff side in this matter that MCM is not a feeder post to Chargemen is therefore , may be resolved by Ministry of Defence itself.

2. As for the 1(iv) above , the matter has been considered in consultation with Defence Finance and it is further clarified that since the post of MCM was not in the hierarchy of artisan staff cadre upto 31.12.2005, the Highly Skilled workers / MCM who were already drawing the pay scale of Chargeman (RS.5000-8000) viz the promotion post up to 31.12.2005 under ACPS may be considered for further financial upgradations, if due, in the next Grade Pay (RS.4600/-) in the hierarchy of Grade Pay.

3. This issue with the concurrence of Defence Finance vide their I.D.No.01/AG/PB dated 5th Febraury 2014