You are here: Home / CGE LATEST NEWS / DEPARTMENT OF POST’s APPEAL TO WITHDRAW THE STRIKE 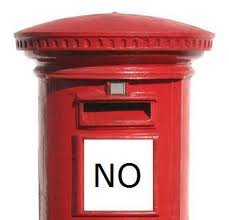 On behalf of Department of Posts, I hereby appeal to you to call off the Strike proposed from 12th to 13th February, 2014 as no useful purpose is served by such agitations.

Most of issues raised in the Charter of Demands are general in nature and are to be examined by the Department of Personnel & Training and Department of Expenditure. The issues relating to Postal Department are being examined and can be settled through dialogue. At a time when the Department is going through a complete IT makeover such agitations will only allow to strengthen the hands of our competitors. It will therefore, be in the overall interest of the Postal Department to dissuade from adopting an agitational approach. The proposed strike may therefore be called off.