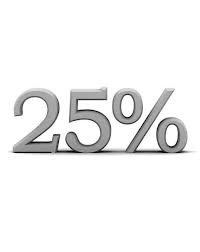 Shortly DA would cross 100 percent. Once again, all allowances would enhance by 25%

As per the information received, unlike previous time, decision on DA would be taken by Cabinet Committee Meeting without delay. Subsequent to release of AICPIN for the month of June by Labor Bureau, Finance Ministry would send for the approval of the Cabinet for final decision on DA. After obtaining the approval, Finance Ministry would release the specific orders procedurally for disbursement of money. The arrears for the month of July and August would also be paid. With the increase of DA by 10%, the total amount of DA would enhance and stay at 90%.

By next year, it would cross 100%. During that period, as pointed out in the 6th Central Pay Commission, certain allowances would enhance by 25%. But, that is not the expectations of the Central Government Employees. Their requirements are merger of DA with Basic Pay.

Towards this matter, Central Government has briefed on many occasions in the Parliament.

At present, Central Government is thinking of bringing change in the AICPIN calculation system. In which way, this would pose impairment can not be ascertained at present. Not only the Central Government Employees but also the State Government employees anticipate the announcement of increase of DA percentage. This has become an eager expectations of more than a crore of employees.

The expectation of the Central Government Employees is merger of DA with basic pay once it crosses 100%.

Whether this expectation would materialize?

The allowances which are going to by hiked are as given below:

8. (a) All components of Daily allowance on tour,
(b) Mileage Allowances for road and bicycle journeys on tour

14. Special Allowance for Child care for women with disabilities