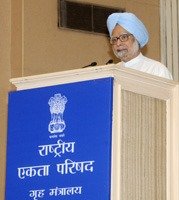 Prime Minister Manmohan Singh today approved the constitution of the 7th Pay Commission, which is likely to impact at least 85 lakh central government employees and pensioners.

“Its (7th Pay Commission’s) recommendations are likely to be implemented with effect from January 1, 2016,” Finance Minister P. Chidambaram said in a statement.

The setting up of the Commission comes ahead of the Assembly elections in five states this year and the general elections next year.

The government constitutes Pay Commission every 10 years to revise the pay scales of its employees and often these are adopted by states after some modification.

The names of the chairperson and members, as well as the terms of reference, of the Pay Commission will be finalised and announced shortly, the Finance Minister added.

There are at present around 50 lakh central government employees and 35 lakh pensioners, who stand to benefit from the recommendations from the Pay Commission.