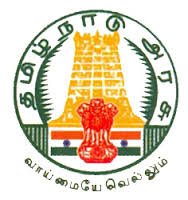 New Health Insurance Scheme 2012 for the employees of Government Departments and Organisations covered under this Scheme- Consolidated List of Hospitals covered under the Scheme based on the recommendations of the Accreditation Committee for empanelment of Hospitals- Notified – Orders Issued.

In the Government Order first read above, orders have been issued for the implementation of New Health Insurance Scheme 2012 to provide Health Care Assistance to the employees of Government Departments, Public Sector Undertakings, Statutory Boards, Local Bodies, State Government Universities, Willing State Government Organisations/Institutions and their eligible family members with a provision to avail assistance up to Rs.4.00 lakhs (Rupees four lakhs only) for a block of 4 years on selection of a suitable Public Sector Insurance Company through National competitive bidding.

3. As per the orders issued in the Government order second read above, the additional list of Hospitals covered under the scheme will have to be notified and also hosted on the websites of Government of Tamil Nadu in Finance Department, Treasuries and Accounts Department, United India Insurance Company Limited and Third Party Administrator for reference from time to time.

4. In the Government Order third read above, Government has constituted an Accreditation Committee for empanelment of accredited hospitals and to monitor the quality of treatment consisting of the Commissioner of Treasuries and Accounts, the Director of Medical and Rural Health Services and a representative of the United India Insurance Company Limited.

New Health Insurance Scheme, 2012 for Employees of Government and their Family Members.