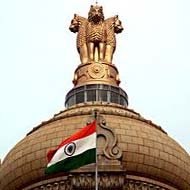 Subsequent to clarifications issued vide O.M. No.12011/3/2008-Estt. (Allowance) dated 11.11.2008 and O.M No.12011/08/2010-Estt.(AL) dated 30.12.2010, on the captioned subject, references have been received on (i) definition of the “station” and (ii) admissibility of Hostel Subsidy and Children Education Allowance in respect of children pursuing diploma/certificate courses from Polytechnic/ITI/Engineering College, after passing 10th standard.

2.          After due consideration of the references in consultation with the Department of Expenditure,the following has been decided:

a.         The term Hostel Subsidy would mean expenses incurred by the Government servant if he/she keeps his/her children in a hostel of a residential school/institution located beyond a distance of 50 kilometres from his/her residence. The reimbursement would be subject to other conditions laid down in the O.M. dated 2.9.2008 and subsequent instructions issued from time to time. It is further clarified that grant of hostel subsidy is not transfer liability of the Government servant.

b.        To allow reimbursement of Children Education Allowance/Hostel Subsidy for the initial two years of a diploma/certificate course from Polytechnic/ITI/Engineering College, if the child pursues the course after passing 10th standard and the Government servant has not been granted CEA/Hostel Subsidy in respect of the child for studies in 11th and 12th standards. This is further subject to fulfillment of other conditions laid down in the O.M. dated 2.9.2008 and subsequent instructions issued from time to time.